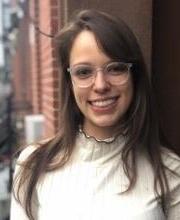 Becca Rothfeld on Love and Lust in Lolita

After a long winter’s nap–i.e., the end of the semester madness followed by holidays with my family–I am back to releasing new episodes of Sacred and Profane Love.  I am starting the Spring semester with a discussion of Nabokov’s celebrated but controversial novel, Lolita.  In episode 19, titled “Love and Lust in Lolita,” I speak with Becca Rothfeld, award winning essayist, literary critic, and PhD candidate in philosophy at Harvard University, about the tensions we readers are forced to navigate between the awesome beauty of Nabokov’s prose and the ugly perversion that is the central focus of our attention in the novel.  As readers, it is natural to wonder how we can appreciate the beauty of the novel’s prose and the cleverness of its structure, given its dark subject matter.

Lolita is hardly alone in forcing us to explore these tensions, but as a mother of a twelve year old daughter, I felt the force of them more powerfully upon my latest reading of it.  Ultimately, Becca and I agree that one important aspect of literature, and art more generally, is to criticize without engaging in overt didacticism. In order for art to play this role we have to allow the artist to portray material that is offensive and objectionable in a manner that is still artistic–realistic and beautiful.  If we refuse art this role we are really only closing ourselves off from a complete vision of the way things are.  Not all art is meant to uplift or entertain; sometimes art functions to make us uncomfortable, to shock us out of the varieties of complacency towards which we inevitably drift.

Iris Murdoch puts the point this way: “Serious art must play with fire.”

Becca Rothfeld writes essays, book reviews, and the occasional art review for publications like The TLS, The Nation, The New York Times Book Review, Bookforum, Art in America, The Baffler, and more. She is a two-time finalist for The National Book Critics Circle’s book reviewing prize (2016 and 2018), and in 2017, she was a finalist for a National Magazine Award in the essays/criticism category. In 2018, her essay “Rhapsody in Blue” was included on the Notable Essays and Literary Non-Fiction list published in the 2019 Best American Essays anthology.  She is also a PhD candidate in philosophy at Harvard University.

In case you want to do your homework, here are the works referenced in our conversation

Iris Murdoch, “Literature and Philosophy” in Existentialists and Mystics

Jennifer A. Frey is Assistant Professor of Philosophy at the University of South Carolina. Prior to joining the philosophy faculty at USC, she was a Collegiate Assistant Professor of Humanities at the University of Chicago, where she was a member of the Society of Fellows in the Liberal Arts and an affiliated faculty in the philosophy department.  She earned her Ph.D. in philosophy at the University of Pittsburgh, and her B.A. in Philosophy and Medieval Studies (with Classics minor) at Indiana University-Bloomington. She has published widely on action, virtue, practical reason, and meta-ethics, and has recently co-edited an interdisciplinary volume, Self-Transcendence and Virtue: Perspectives from Philosophy, Theology, and Psychology.