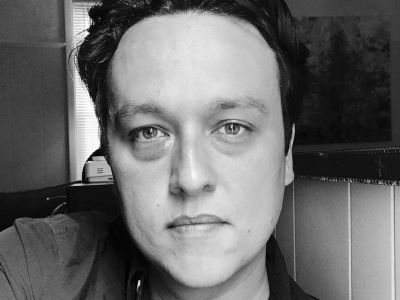 Ian Marcus Corbin on Solitude with Rilke and Merton

In episode 25, I speak with Ian Marcus Corbin (Harvard) about solitude. We discuss Letters to a Young Poet by Rainer Maria Rilke alongside Thomas Merton’s essay, “Rain and the Rhinoceros.”

Some choice quotes from Merton on solitude:

On Solitude and Death

“One who is not alone, says Philoxenos, has not discovered his identity. He seems to be alone, perhaps, for he experiences himself as “individual.” But because he is willingly enclosed and limited by the laws and illusions of collective existence, he has no more identity than an unborn child in the womb. He is not yet conscious. He is alien to his own truth. He has senses, but he cannot use them. He has life, but no identity. To have an identity, he has to be awake. But to be awake, he has to accept vulnerability and death. Not for their own sake: not out of stoicism or despair – only for the sake of the invulnerable inner reality which we cannot recognize (which we can only be) but to which we awaken only when we see the unreality of our vulnerable shell. The discovery of this inner self is an act and affirmation of solitude.”

On Solitude and Uselessness

“In all the cities of the world, it is the same,” says Ionesco. “The universal and modern man is the man in a rush (i.e. rhinoceros), a man who has no time, who is a prisoner of necessity, who cannot understand that a thing might perhaps be without usefulness; nor does he understand that, at bottom, it is the useful that may be a useless and back-breaking burden. If one does not understand the usefulness of the useless and the uselessness of the useful, one cannot understand art. And a country where art is not understood is a country of slaves and robots…” Rhinoceritis, he adds, is the sickness that lies in wait “for those who have lost the sense and taste for solitude.”

The Vocation of Solitude

Hence it is the solitary person (whether in the city or in the desert) who does mankind the inestimable favor of reminding it of its true capacity for maturity, liberty and peace.

Ian Marcus Corbin is a writer, researcher, and teacher in Cambridge, Mass. He is currently a postdoctoral fellow at Harvard Medical School where he co-directs the Human Network Initiative. He is writing a book on solitude and solidarity.

Jennifer A. Frey is associate Professor of Philosophy at the University of South Carolina and fellow of the Institute for Human Ecology at the Catholic University of America. Prior to joining the philosophy faculty at USC, she was a Collegiate Assistant Professor of Humanities at the University of Chicago, where she was a member of the Society of Fellows in the Liberal Arts and an affiliated faculty in the philosophy department.  She earned her Ph.D. in philosophy at the University of Pittsburgh, and her B.A. in Philosophy and Medieval Studies (with Classics minor) at Indiana University-Bloomington. She has published widely on action, virtue, practical reason, and meta-ethics, and has recently co-edited an interdisciplinary volume, Self-Transcendence and Virtue: Perspectives from Philosophy, Theology, and Psychology. She lives in Columbia, SC, with her husband, six children, and a bunch of chickens.