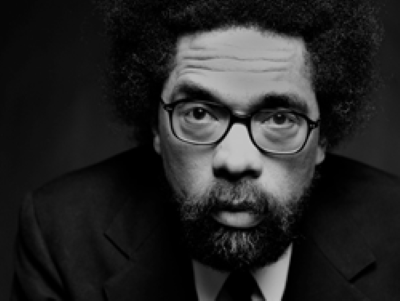 James Baldwin is Bringing the Fire with Dr. Cornel West

I am pleased to share a very special episode of Sacred and Profane, our first episode recorded in front of a live audience, and with the amazing Dr. Cornel West! The context for this episode is that the Classic Learning Test (which has sponsored several episodes this season, and on whose board of academic advisors I happily serve) held its third annual higher education summit in beautiful Annapolis, Maryland, and invited me to record an episode for the educators who had gathered for three wonderful days to discuss aspects of the summit’s theme: Tradition is not the worship of ashes, but the preservation of fire.” The result is the conversation that is episode 41, in which Cornel West and I discuss James Baldwin’s The Fire Next Time and Go Tell it on the Mountain. Cornel argues that Baldwin is a “Socratic prophet” and a “love warrior”, and that if we only approach him through a political lens we will miss or misunderstand so much of what he has to say. Cornel helpfully traces out some of Baldwin’s main influences: From Conrad and James to Mahalia Jackson and Ray Charles, but argues that, in the end, Go Tell it on the Mountain is a profoundly Augustinian novel. As always, I hope you enjoy our conversation.

Cornel West is a prominent and provocative democratic intellectual. He is the Dietrich Bonhoeffer Professor of Philosophy and Christian Practice at Union Theological Seminary and holds the title of Professor Emeritus at Princeton University. He has also taught at Union Theological Seminary, Yale, Harvard, and the University of Paris. Cornel West graduated Magna Cum Laude from Harvard in three years and obtained his M.A. and Ph.D. in Philosophy at Princeton. He has written 20 books and has edited 13. He is best known for his classics, Race Matters and Democracy Matters, and for his memoir, Brother West: Living and Loving Out Loud. His most recent book, Black Prophetic Fire, offers an unflinching look at nineteenth and twentieth-century African American leaders and their visionary legacies. Dr. West is a frequent guest on the Bill Maher Show, CNN, C-Span and Democracy Now. He made his film debut in the Matrix – and was the commentator (with Ken Wilbur) on the official trilogy released in 2004. He also has appeared in over 25 documentaries and films including Examined Life, Call & Response, Sidewalk and Stand. He has produced three spoken word albums including Never Forget, collaborating with Prince, Jill Scott, Andre 3000, Talib Kweli, KRS-One and the late Gerald Levert. His spoken word interludes are featured on productions by Terence Blanchard, The Cornel West Theory, Raheem DeVaughn, and Bootsy Collins.