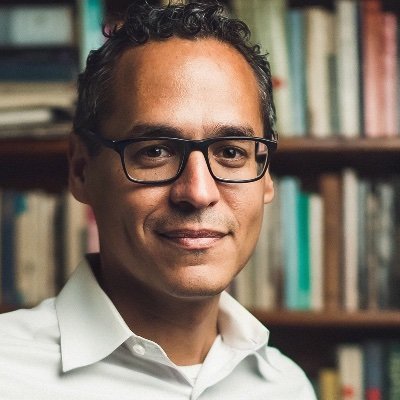 In this episode, I am joined by Professor Roosevelt Montas to discuss his new book, Rescuing Socrates: How the Great Books Changed my Life and Why They Matter for a New Generation. Montas, a Dominican-born American academic, makes the compelling case that study of the Great Books is potentially transformative, especially for students from working-class communities or who are members of historically marginalized communities. Montas further argues that the future of the Humanities in this country does not lay primarily in specialized research but in undergraduate education–particularly in general undergrad education. We talk about arguments that Great Books courses are racist, sexist, or otherwise somehow oppressive, and why we think they are dead wrong.

This episode is especially close to my heart and I hope you enjoy our conversation.

Roosevelt Montás is Senior Lecturer in American Studies and English at Columbia University.  He holds an A.B. (1995), an M.A. (1996), and a Ph.D. (2004) in English and Comparative Literature from Columbia University.  He was Director of the Center for the Core Curriculum at Columbia College from 2008 to 2018.  Roosevelt specializes in Antebellum American literature and culture, with a particular interest in American citizenship.  His dissertation, Rethinking America: Abolitionism and the Antebellum Transformation of the Discourse of National Identity, won Columbia University’s 2004 Bancroft Award.  In 2000, he received the Presidential Award for Outstanding Teaching by a Graduate Student.  Roosevelt teaches “Introduction to Contemporary Civilization in the West,” a year-long course on primary texts in moral and political thought, as well as seminars in American Studies including “Freedom and Citizenship in the United States.” He is Director of the Center for American Studies’ Freedom and Citizenship Program in collaboration with the Double Discovery Center.  He speaks and writes on the history, meaning, and future of liberal education and is the author of Rescuing Socrates: How the Great Books Changed My Life and Why They Matter for a New Generation (Princeton University Press, 2021). You can follow him on Twitter @rooseveltmontas