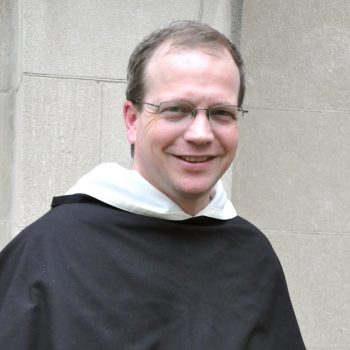 In Episode 1 of the podcast Sacred & Profane Love, philosopher Jennifer A. Frey has a conversation with the Thomist theologian, Father Thomas Joseph White, O.P., about Aquinas on grace and charity, and how Thomistic concepts of grace and charity operate in the short stories of Flannery O’Connor. The episode covers themes of grace, redemption, the comic unveiling of the human person to itself, and the violence of Divine Love as a necessary antidote to human folly and brokenness.

Thomas Joseph White, O.P. completed his doctoral studies in theology at Oxford University, and entered the Order of Preachers in 2003. His research and teaching have focused particularly on topics related to Thomistic metaphysics and Christology as well as Roman Catholic-Reformed ecumenical dialogue. He is the author of Wisdom in the Face of Modernity: A Study in Thomistic Natural Theology (Sapientia Press, 2009), The Incarnate Lord: A Thomistic Study in Christology (The Catholic University of America Press, 2015), and Exodus (Brazos Press, 2016). He has edited several books, and is co-editor of the theological journal Nova et Vetera (English edition). In 2011 he was appointed an ordinary member of the Pontifical Academy of St. Thomas Aquinas.

NEXT: Episode 2: “Transfiguring love in The Brothers Karamazov” with David McPherson

Sacred and Profane Love is a podcast in which philosophers, theologians, and literary critics discuss some of their favorite works of literature, and how these works have shaped their own ideas about love, happiness, and meaning in human life. Host Jennifer A. Frey is A Assistant Professor of Philosophy at the University of South Carolina and co-Principal Investigator at Virtue, Happiness, and the Meaning of Life.

This podcast is a project of Virtue, Happiness, & the Meaning of Life, and is made possible through a generous grant from the John Templeton Foundation.

Music credits, “Help me Somebody,” by Brian Eno and David Byrne, licensed under CC BY-NC-SA 2.5.